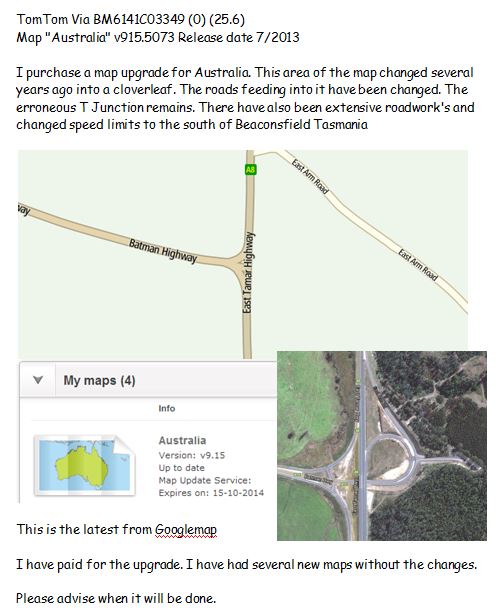 We are just users like you, not part of TomTom, so we have no way to know when map corrections will be made.

As a generic comment, it can sometimes take a long time for a road change to be incorporated into the maps that are supplied to TomTom, depending upon the source of the data. In many cases the data comes from government agencies that only issue revised data at infrequent intervals - after which Tele-Atlas (the source of TomTom's maps) takes a while to revise the files they provide to TomTom. The best way to expedite error corrections is for individuals to submit the corrections to TomTom, either via MapShare or via TomTom's online system.

Even then it may take several map cycles before the corrections get incorporated, as they need to get confirmation of the validity of the submissions. (Not as simple as just looking at Google or another competitor, as everyone copyrights their material and deliberately inserts false data occasionally to provide evidence for a copyright lawsuit.)

I know that it is not really any consolation, but I have seen comments from people all over the world with similar complaints. I've also seen comments here and on other forums from people saying "Finally! At last they fixed . . . "

Tomtom buys Australian maps from Sensis. See below about contacting them regarding edits/corrections:

http://www.whereismaps.com/report-map-corrections.aspx
You must log in or register to reply here.