Suction Cup Not Sticking To Windshield

Yes, I have owned a TomTom for less then 1 year. The suction cup is attached to the O-ring on my dash. It slowly began falling off more and more, to the point it was hitting my knee and almost causing me to get in a crash when it would fall and slid under my pedal! Yikes.

I delt with it since I was so dependent on it for work. I even began not using it.

Then it fell and hit my gear shift and broke the screen.

The customer service was poor with them stating sorry they wouldn't replace the unit and had never heard of such a problem, along with the policy- stating I can get a new mount within a year but only a new screen within 30 days from purchases.

Since I have been only offered a new mount and was told that the customer service agent had never heard of the mount being defective. Clearly by reading these postings you will see the mounts are often unreliable and fall and many people have had to get replacements.

I wonder how is this policy far since the darn thing broke itself? And now I am out my directions.
Ad

I don't know what to tell you. Sounds like another case of crappy customer service.

Just it it with a lighter, I try it and it work 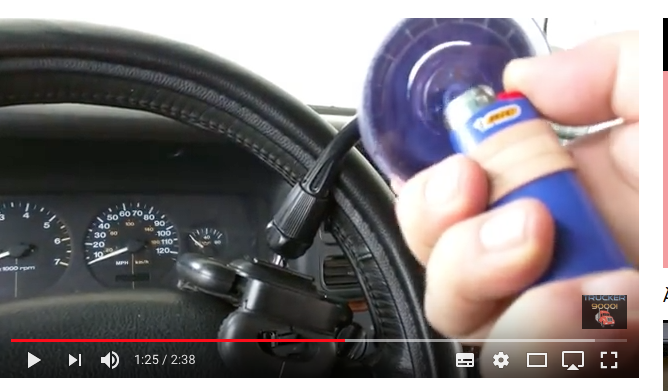